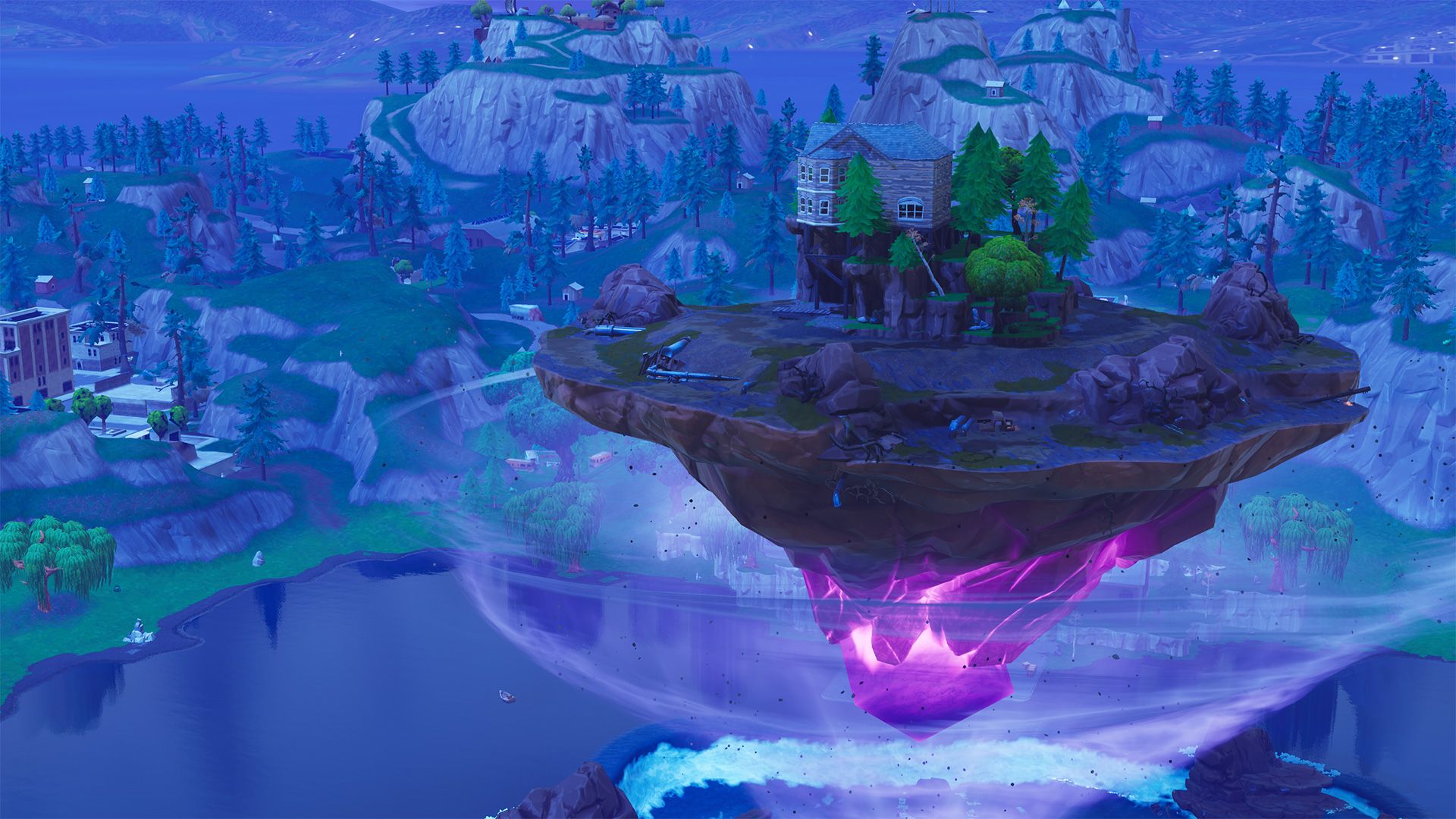 A number of areas have been updated or completely changed with Season 6. Here's a look at some of the changes you'll see across the map as of today:

The biggest change. The main island is now floating in the air with a whirlpool beneath it. Darkness rises.

A couple of lodges have been added to the area as well as a huge bunker which can be found beneath the center of the maze.

All of the previous rune locations have now been taken over by corrupted land. This is where you can find the new Shadow Stones along with a number of chests.

The fields have been updated with head-high corn, spooky! The hut near Fatal Fields that was partially destroyed by the Cube has also begun repairs.

Haunted Hills has been updated to feature a castle on top of the hill.

Ready for Halloween, the hero and villain bases which played a major role in Season 4 have now started to decay.

A new Halloween store has opened up!

A few 1x1 houses have been added around the map which spawn up to 3 chests:

With the update having just been released, this might not be an exhaustive list of everything that was changed or added today. We'll update this post periodically with new information.

Thanks to @LootLakeBR and @iScenario for providing some of the images.