Uncharted is coming to Fortnite on February 17 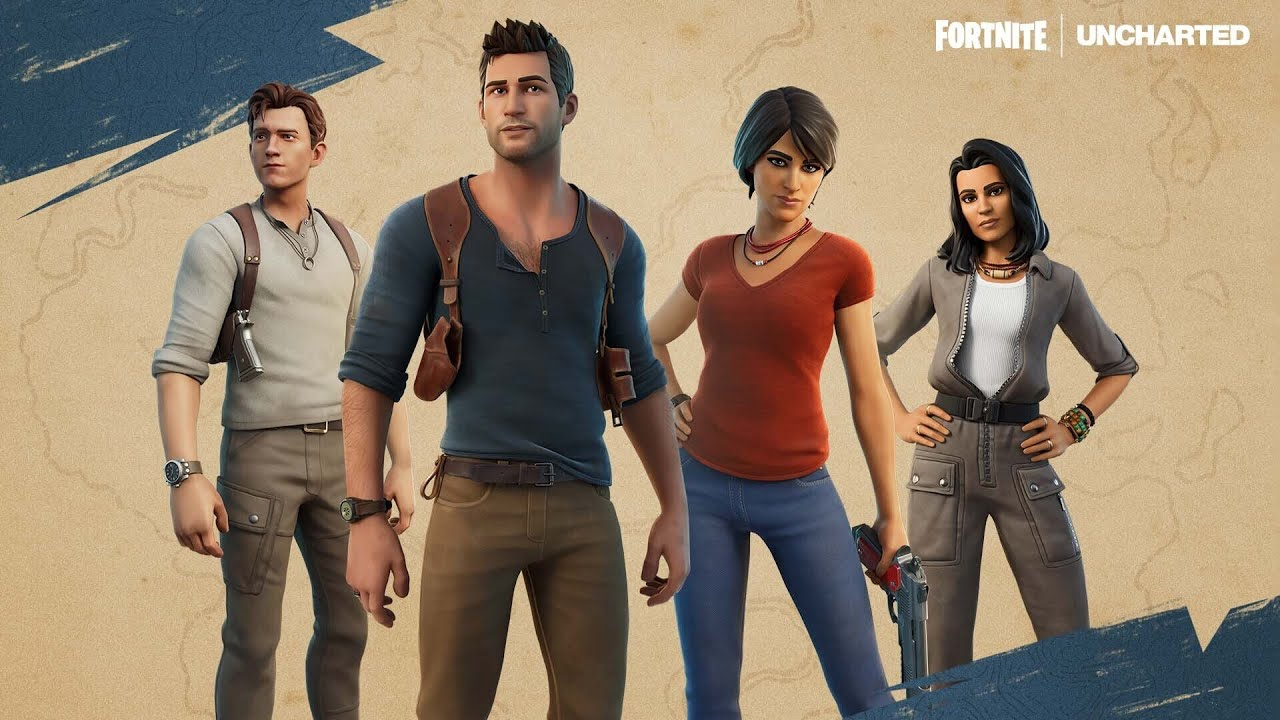 Fortnite's latest collaboration has been revealed to be Uncharted, with new cosmetics and in-game items set to be available on February 17.

The cosmetics are based on both the Uncharted film by Sony Pictures and video game franchise by PlayStation's Naughty Dog studio, with the Nathan Drake and Chole Frazer Outfits including styles for both versions of the characters.

The Buried Treasure item is set to return with the introduction of Uncharted in Fortnite on February 17. It was originally vaulted in the v9.00 update on May 9, 2019.

"After Nathan Drake spends some time on the Island, he’ll leave behind some treasure maps for you. Come across Drake’s Maps on the Island and let them guide you to buried treasure!"

The new items and cosmetics have yet to be added to the game files but are expected to be included in the v19.30 update next week.

In other news, Fortnite recently announced the FNCS Community Cup that will give players the chance to earn a free Outfit. Click here to read more.