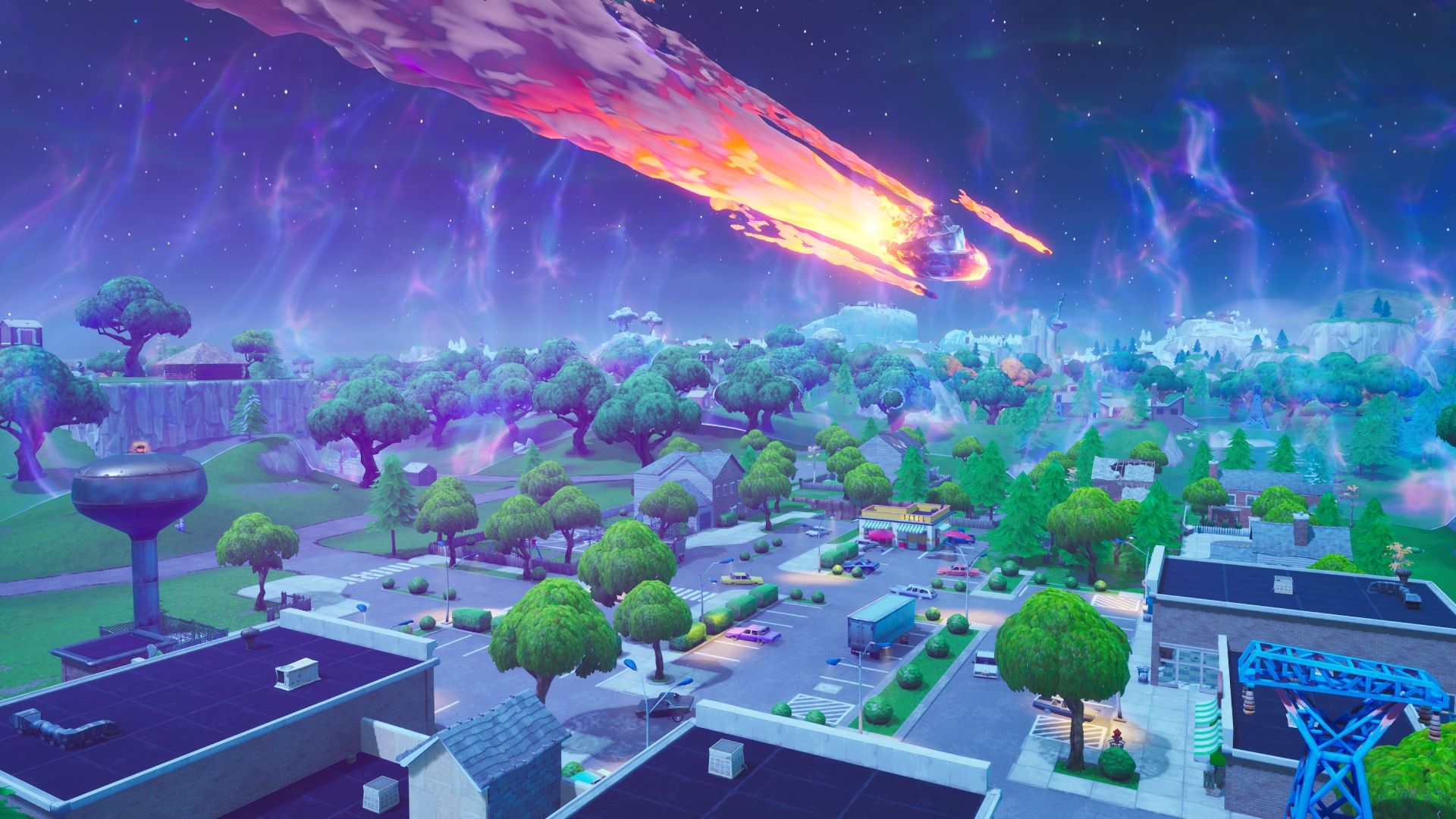 The release of the latest Fortnite patch (v10.10) also brought around a couple changes to the Battle Royale map, including the return of the classic Retail Row (...for the most part) & another hint towards the return of Moisty Mire. Memorials for Kevin the Cube have also been added, and we've only managed to locate two so far; one can be found where the Cube originally spawned in Season 5 and the other can be found at the southeast side of Loot Lake. We would also like to give an honorary mention to Tilted Town in this update's map changes article, since it was added in the v10.00 content update.

If we happened to miss anything, be sure to let us know!

It's back. The classic Retail Row has returned to the Battle Royale map as the latest Rift Zone, along with the Horde. The Horde will only spawn in Retail Row & will not leave the POI for any reason. If you'd like to view the trailer for the Retail Row Rift Zone, click here.

Kevin the Cube has been given a memorial, which can be found where he was birthed back in Season 5. Another memorial can be found at the southeast side of Loot Lake.

Grass. Yep, you heard it right; grass is now growing around Paradise Palms, hinting towards the return of Moisty Mire alongside the updated sign for the POI & a tacky looking tower found in Lucky Landing, both of which were added in the v10.00 patch.

Neo Tilted was turned into the Wild West settlement of Tilted Town as a Rift Zone following the v10.00 content update, but we wanted to make it an honorary mention in this major patch's map change post. You can check out a more extensive look at Tilted Town by clicking here.

A new Block has been added to the Battle Royale map, created by Feralidragon. You can check out his full video submission here.