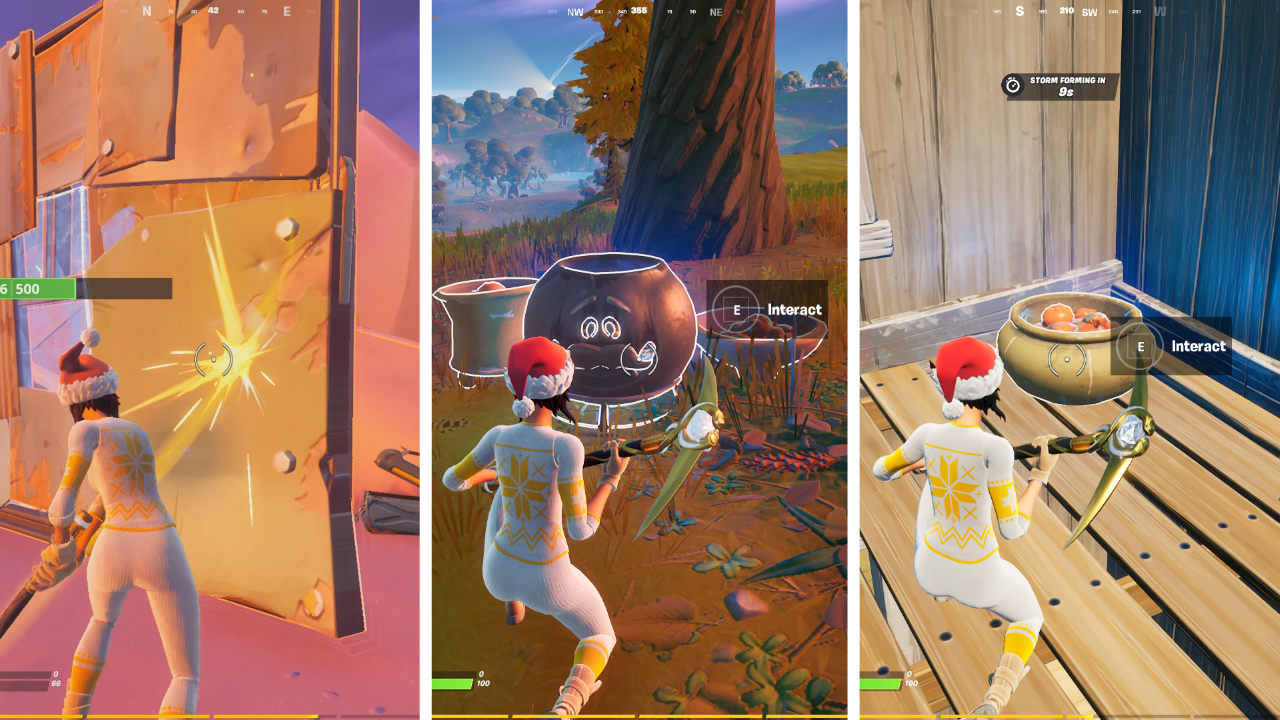 Here's a Guide on how to complete all of the Quests from week 4! This week's Quests follow the theme of Season 5 by completing tasks for Fortnite characters around the map.

Cole's Quest:
Deal 100 damage to opponents with a pickaxe.

Tomatohead's Quest 1:
Collect a tomato basket from a nearby farm.

Tomatohead's Quest 2:
Ignite and dance at a tomato shrine near Pizza Pit or Pizza Food Truck.

Menace's Quest:
Eliminate an opponent while below 50 health.

Big Chuggus' Quest:
Eliminate an opponent while at full health and shield.

Here's a full Video Guide on the Week 4 Quests:

Stay tuned on our Twitter and Instagram for additional updates on the release of new Quests and Challenges.

In celebration of the Lantern Fest 2022, Fortnite is giving players the chance to unlock free cosmetics by completing in-game challenges. The Lantern Trials will be…

In celebration of the new Zero Build modes, Fortnite is giving players the chance to unlock free cosmetics by completing in-game challenges. The 'Zero Build Trials'…