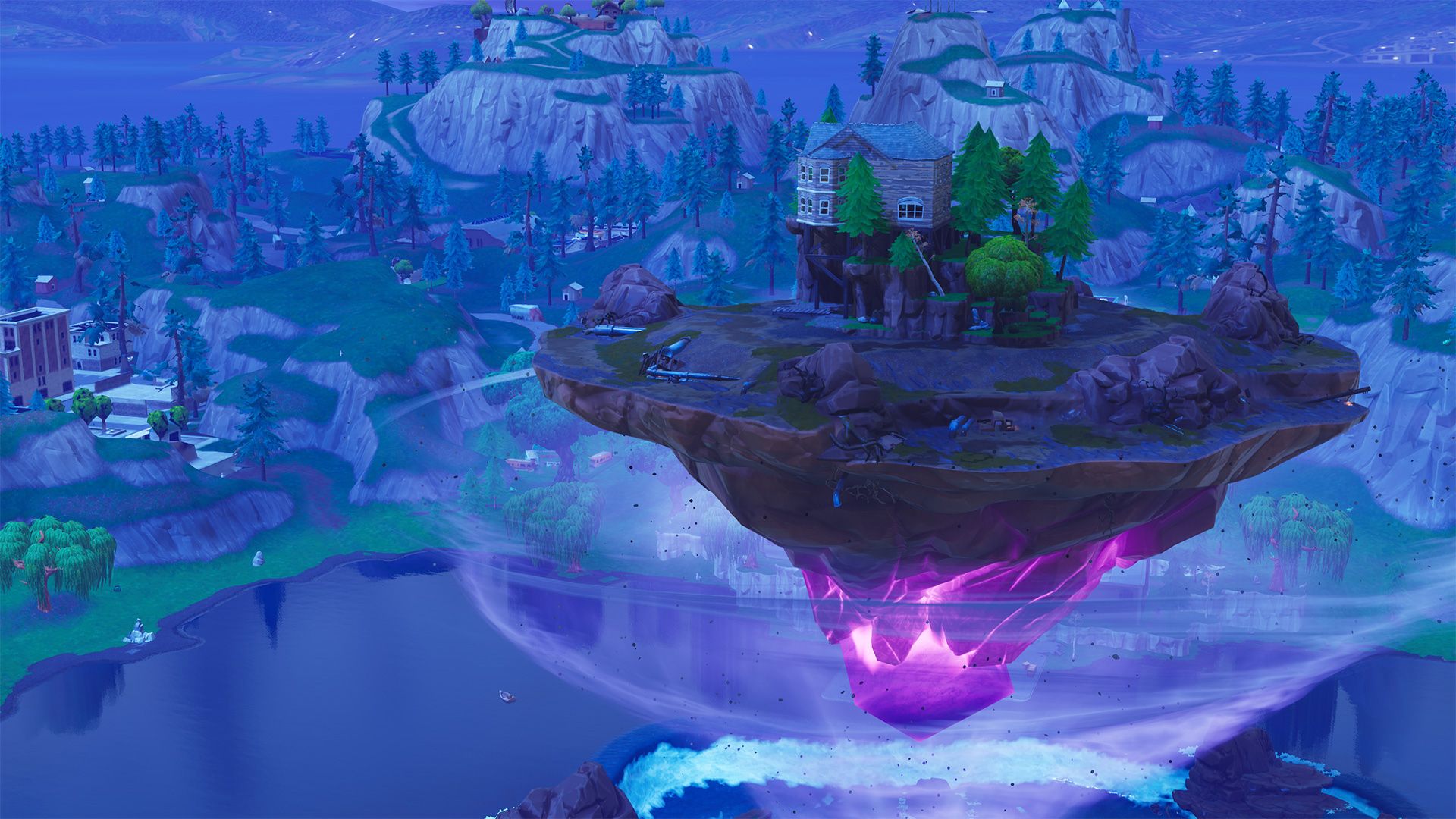 With the cube resurfacing on the underside of Loot Lake's (now floating) island in Season 6, we thought a run down of everything that has happened so far would be useful for people who aren't caught up.

Following a day of lightning strikes in one particular location, the cube was created by a final strike in the south-eastern portion of the map:

The cube began to move just over one day after its creation at a rate of 14 rotations per day or once every 1 hour, 43 minutes approximately.

After moving consistently for several days, the first low-gravity dome was created when the cube activated near Fatal Fields.

The cube remained in place for just over 24 hours before starting to move once again. A rune was left in the place of activation.

This time it rotated every 53 minutes and 39 seconds.

Activation point two. The cube created a new low-gravity dome on the hill near Greasy Grove and remained in place while a new rune was created.

A new rune was revealed and the cube began to move again every 47 minutes and 30 seconds.

Rune three was revealed. Cube began to move every 49 minutes and 40 seconds.

A new low-gravity dome was created near Retail Row.

The cube stopped at Wailing Woods. A new low-gravity dome was created.

The cube began to move once again, this time every 42 minutes and 59 seconds. A fifth rune was revealed.

Rune six. Cube was now moving every 36 minutes and 27 seconds.

A seventh and final low-gravity dome was created near Pleasant Park.

The final rune was revealed and the cube was now moving every 27 minutes and 42 seconds towards its final destination.

The cube passed through Tilted Towers, partially destroying a building.

When it made contact with the water, it began to dissolve with its contents spread throughout the lake.

Once the cube was fully dissolved, the water in the lake was replaced with a solid and bouncy surface.

Season 5 ended with the lake in this state. After 26 days, here's a map showing the Cube's path via @Siloxleaks:

The cube emerged with Loot Lake island, as shown in the trailer for Season 6:

The island began to move west towards Loot Lake's factories. Timings are currently unknown, this post will be updated frequently.

The island reached the final rune that was placed during Season 5. It was lifted from the ground and a number of volcanic vents formed in the surrounding area.

The cube also began to spread into underground parts of the island, suggesting growth as the season progresses.

The island began to move again and a purple beam of light shines above the rune.

The island reached Greasy Grove and further spread to higher parts of the island:

The rune at Fatal Fields was activated next:

The floating island then moved on to Retail Row and activated the fourth rune:

Five down. The rune at Wailing Woods was activated:

One to go. The sixth rune near Lazy Links was activated and the house has been covered by the cube's growth:

The island reached the final rune, nothing much happened.

The runes moved across the map and surrounded the main island. A little later, they fell to the ground and the island began to move again:

The island moved back above its original position and a portal formed in the sky:

The portal grew progressively larger, building up to Fortnitemares:

The island exploded with the release of Fortnitemares, but it continued to float above Leaky Lake:

Cracks began to form on the Cube:

The Cube continued to crack, with more visible lines: