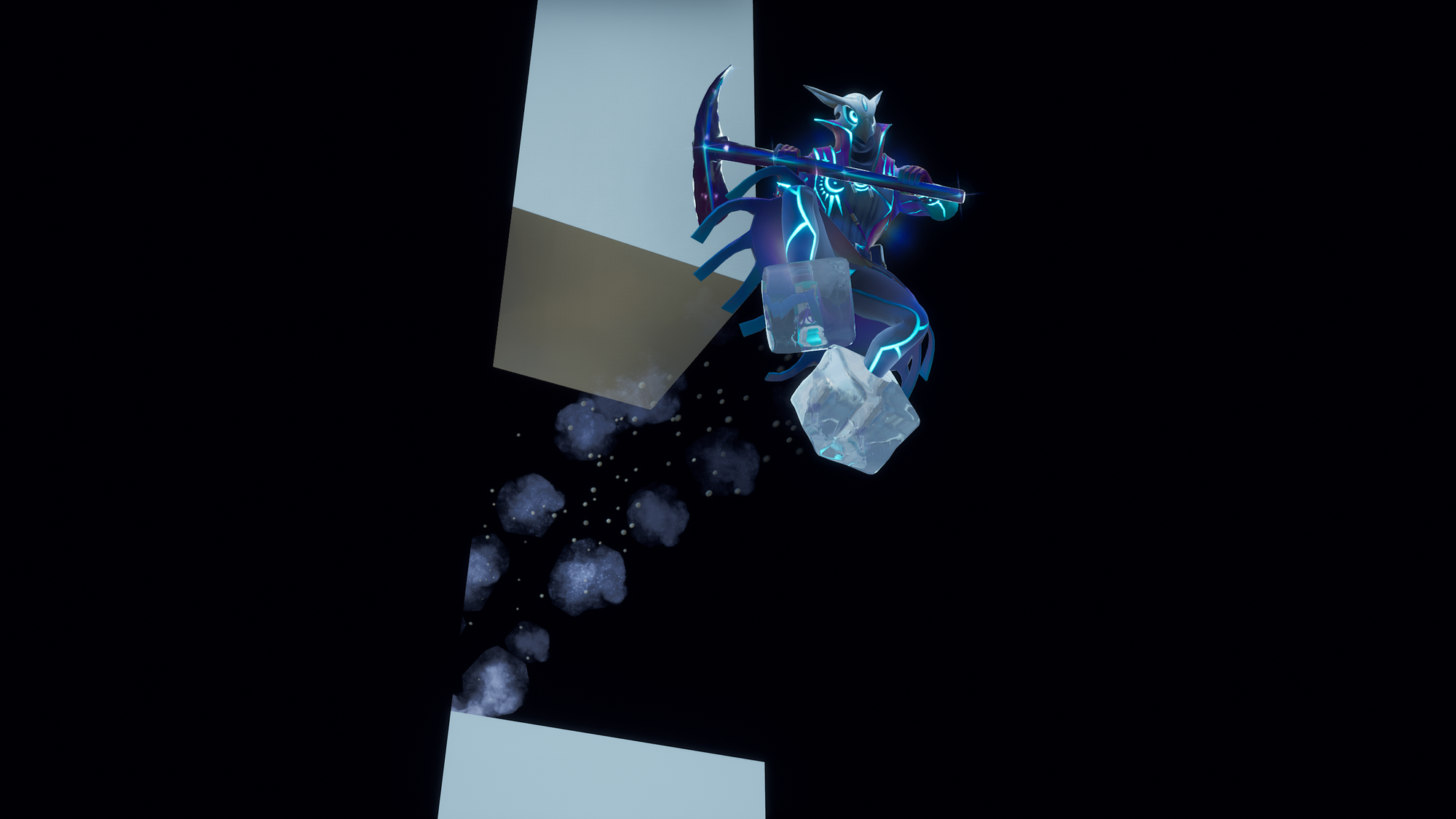 In our first Creative spotlight article, we're taking a look at the UNDERTALE SANS BATTLE DEATHRUN! map by MustardPlays.

This Creative island recreates the infamous boss battle from Toby Fox's Undertale, in which you fight Sans after embarking upon the Genocide route. It's the hardest boss battle in the game, and is known for taking ages to complete with no checkpoints.

Well, that feeling of rage and sorrow is now in Fortnite thanks to a brand new map from MustardPlays.

In the map, you must weave through paths of bones, jump through hoops and crouch, use impulse grenades to get across platforms, and more all with the Chilled effect added to your player.

While Fortnite is a third person shooter game and Undertale is a 2D bullet-hell adventure game, the map chooses to create a first-person perspective of the battle which ultimately serves itself well enough.

Here's what the map looks like from a top-down view (at least a part of it).

It's quite a hard deathrun, but once you get used to the pacing of each level you learn to master it segment by segment until you can eventually get it all done in one go!

The map even includes the theme of the battle - Megalovania - however it doesn't loop, so you only get one chance to enjoy it before it's gone.

The code for this island is 0249-6711-6008 if you want to try it for yourself and attempt to beat Sans. Good luck and try not to smash anything in anger.