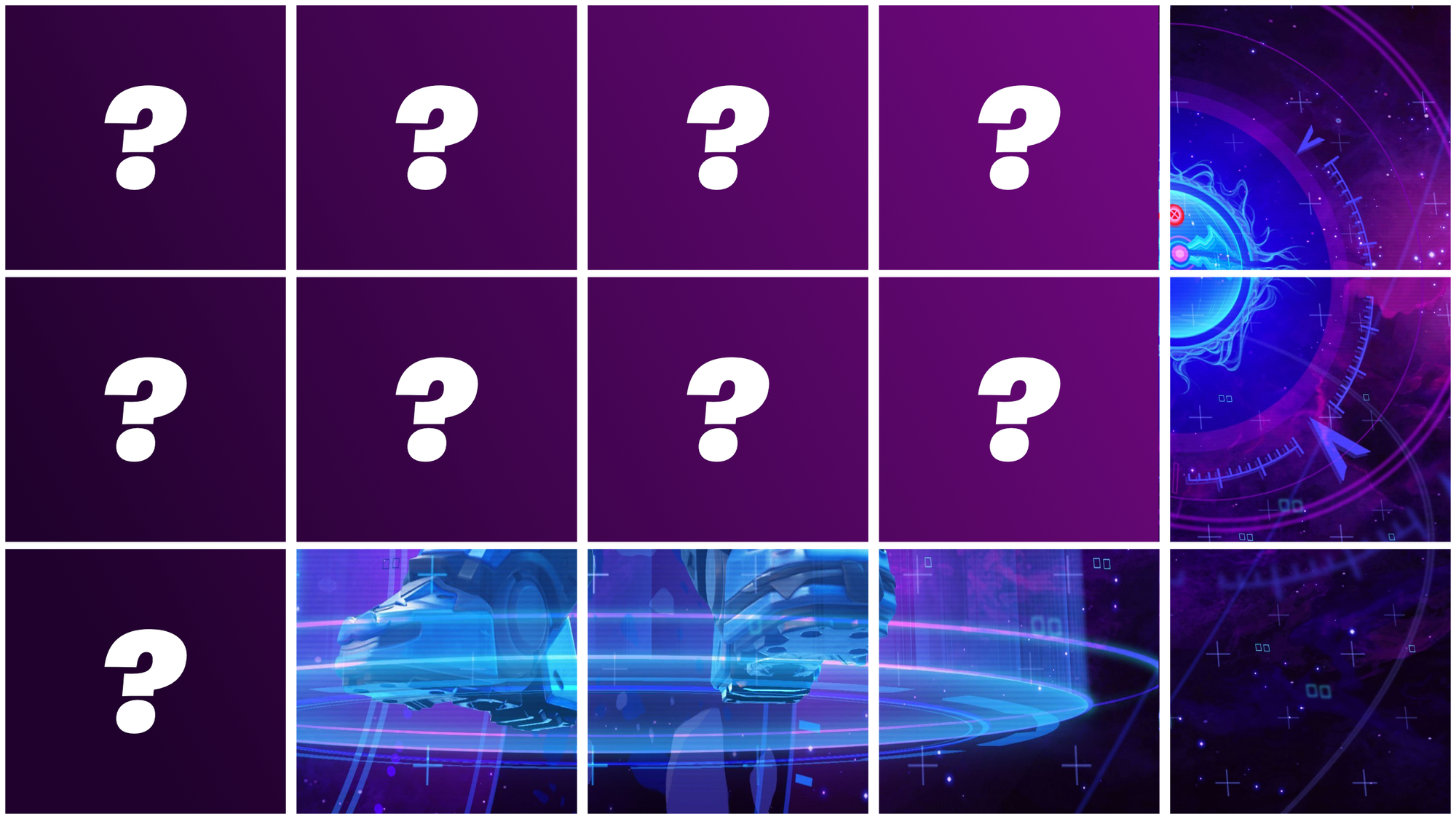 Epic Games has sent out Fortnite teasers to a number of content creators which, when combined, create one large teaser.

The first teaser, which was sent to Icon Series creator Ali-A, presented what appeared to be something approaching the Island from space. Although the second and third teasers don't reveal much when observed separately, they do build the larger teaser - showing that more than one arrow is approaching the Fortnite Island. The most recent part, teaser 4, shows what appears to be the feet of the Mecha Team Leader robot, which is expected to appear in the Collision event on June 4th.

It's currently unclear whether the teasers are for the Collision event or Season 3 itself, but more parts are expected to be revealed soon. We'll keep you updated.

In other news, Fortnite has announced its return to in-person events with the FNCS Invitational 2022. (click to read)