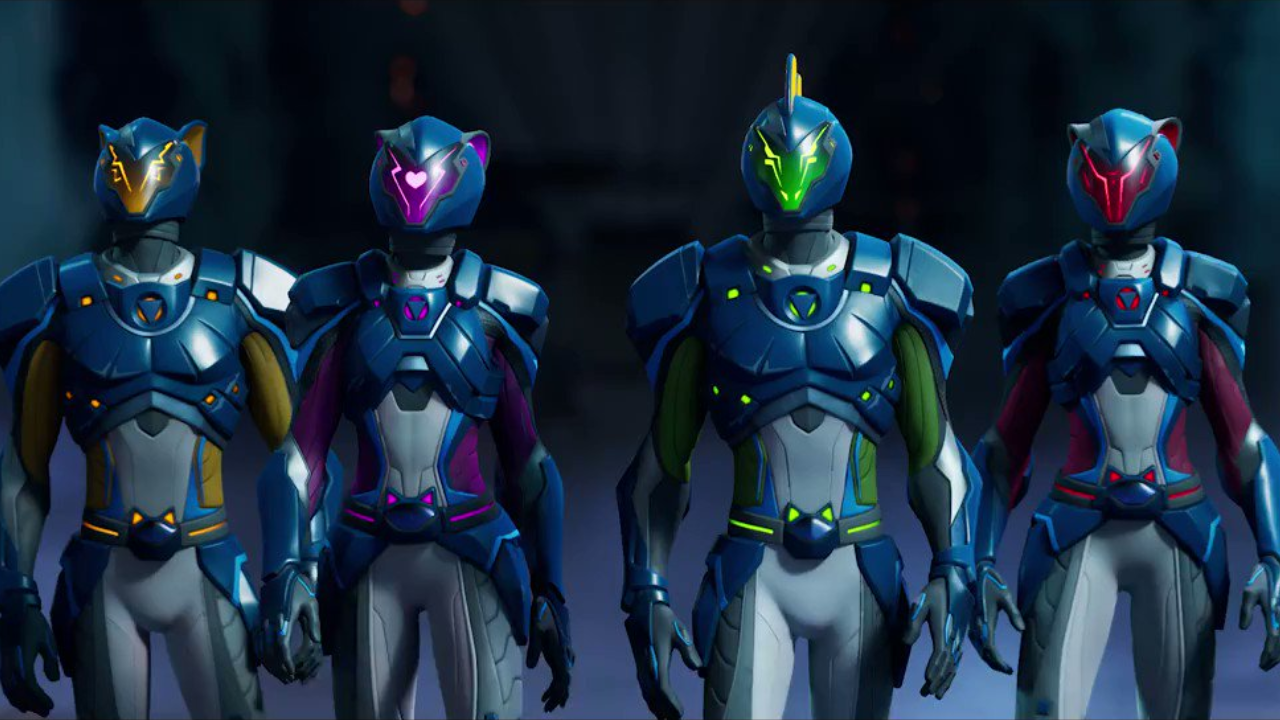 Fortnite has officially revealed the second teaser for Season 2's upcoming live event, which is expected to take place next week.

From what we can see, the Mecha Team Leader-inspired Bundle seen in the teaser includes four Outfits - two male and two female. The Outfits also appear to carry a cat theme, with ears spotted on three of the character's helmets and cat-themed belts seen on all four. It's currently unknown how much the Bundle will cost, or when it will be available, but we do know that it will be sold in the Item Shop and named "Mecha Weapons Team Bundle".

It's possible we could see the new Set released as early as the next shop rotation. We'll keep you updated.

In other news, Fortnite has released the v20.40 hotfix, unvaulting the Rail Gun and Recon Scanner.