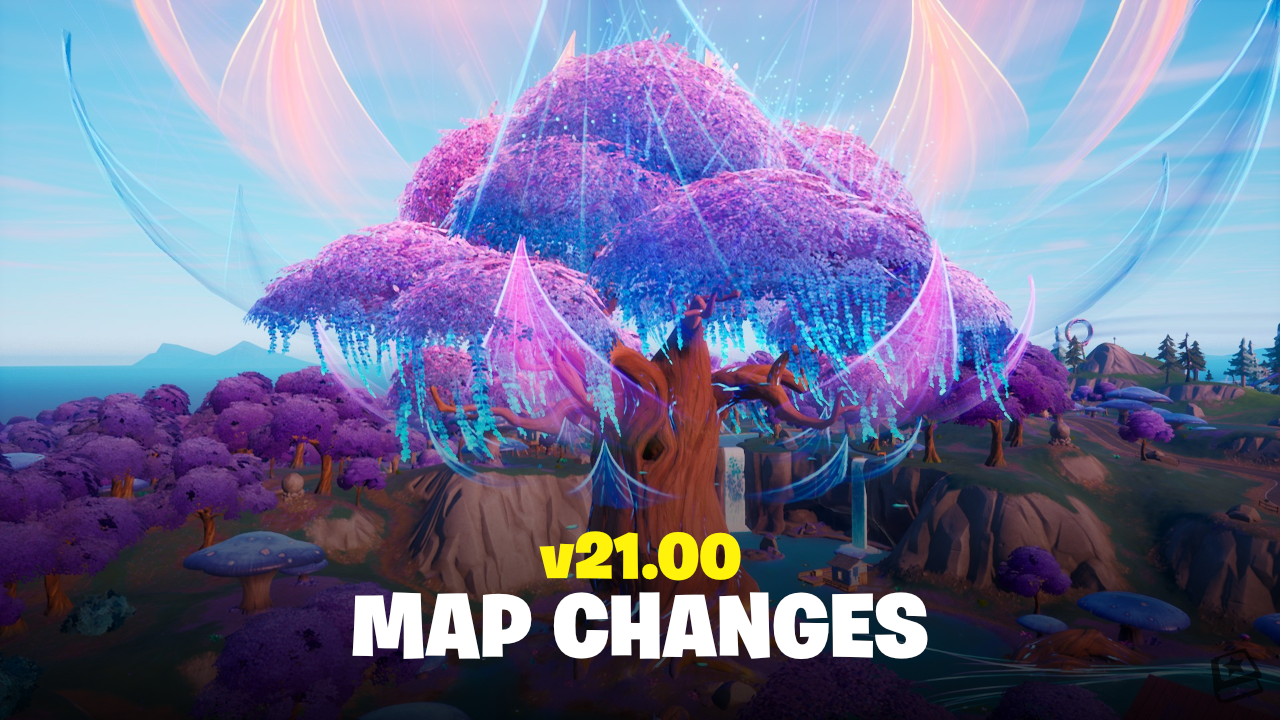 Fortnite Chapter 3 Season 3 has finally arrived with a number of major changes to the Island, including two new named locations.

As v21.00 was a seasonal update, Spawn Island has also received a redesign to match the main Battle Royale map.

The Battle Bus has also been given a party-themed makeover for Season 3, with a new orange paint job and unique balloon.

Reality Falls is the first of two brand new named locations introduced in v21.00. It features a number of Chest and floot loot spawns, as well as the giant Reality Tree itself, which contains hollow passages that allow players to climb inside.

Rave Cave is the second new named location introduced in v21.00. Based on Command Cavern, the cave that was once home to the Imagined Order has now been turned into a hub for parties, celebration and fun. It even includes the new 'Screwballer' roller-coaster, which uses Ballers to send players along the ride.

Although not a brand new location, Greasy Grove has received some major changes in v21.00. Since it's now part of the new Reality section on the map, the POI has been taken over by giant mushrooms, purple trees and blue grass.

A brand new factory is currently under construction North of Logjam Lumberyard.

After it was partially destroyed in Season 2, repairs have now begun on Tilted Towers.

Loot Lake has also been transformed into a hub for parties and fun in Season 3. Unlike Rave Cave (once Command Cavern), Loot Lake has kept its original name.

Roots from the Reality Tree can be seen all around the Island. Interestingly, they can be broken by players using a Pickaxe or weapon.

Following the partial destruction of the Island during the Collision event, the Zero Point is now exposed once again - this time underwater.

Next week's v21.00 hotfix is expected to introduce a number of smaller changes to the Island. We'll keep you updated.

In other news, PlayStation has revealed the next Fortnite Celebration Pack. (click to read)

The third major update for Chapter 3, Season 2 arrived earlier this week with a number of changes to the Island. You can see all the…