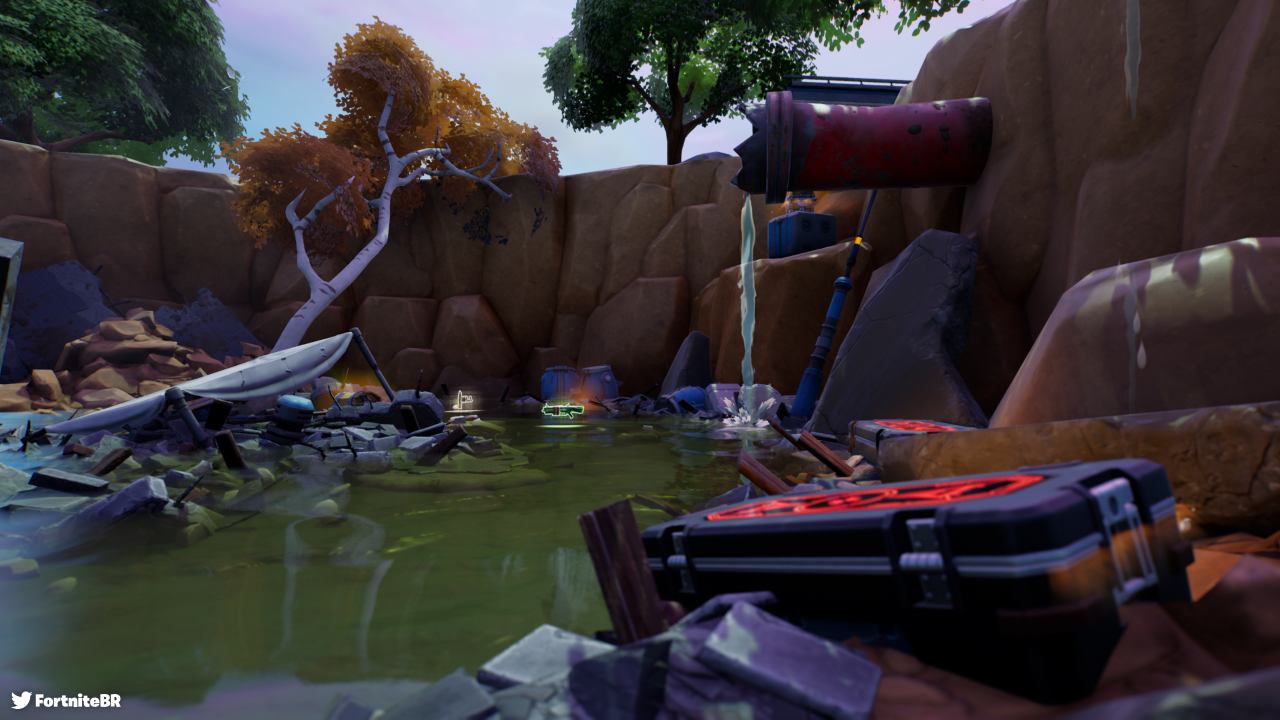 A new sinkhole has appeared on the Fortnite Island, destroying the Seven Outpost at Tilted Towers.

The latest sinkhole can be found north-east of Tilted Towers, making it the third to form around the city.

Despite destroying the Seven Outpost and its loot vault, the sinkhole holds the special Seven-themed Chests among the ruins.

No new sinkholes are expected to appear in-game before the launch of Season 2 next week, which is rumoured to introduce a major map change to Tilted Towers.

In other news, we've collected everything we know so far about Season 2. Read more here.