Patch Notes for Save the World v22.30 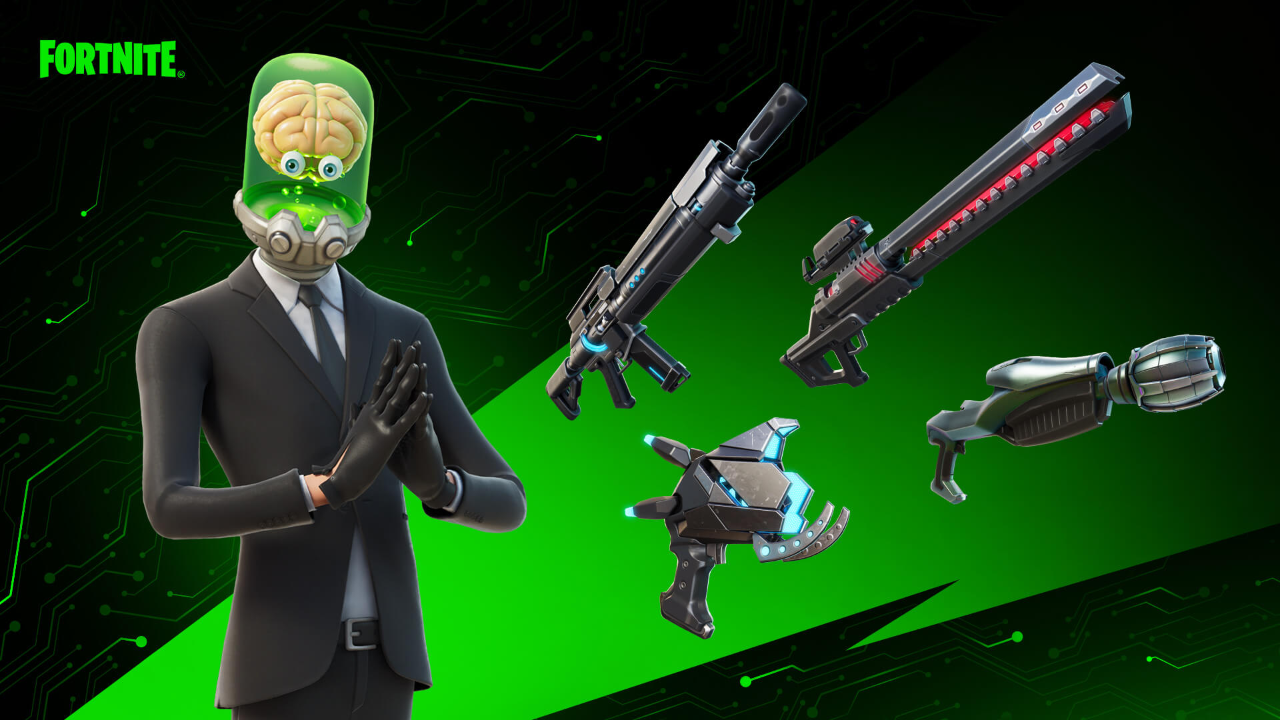 As the Hexslyvania Venture season continues, a new Hero and weapon set make their debut in Save the World. Also, wildlife has become rideable, so jump on a boar or wolf and swiftly ride into the night as you battle Husks in Hexslyvania! As a reminder, this Venture season will end November 20, 2022, at 7 PM ET, so be sure to collect all the rewards, including Brainstorm, before then.

Eye of the Brainstorm

A new Hero and questline arrive in Save the World! Make your acquaintance with Brainstorm, a new Constructor Hero. Brainstorm has the new perk Brain Freeze, which allows their D.E.C.O.Y. to explode in a frigid blast that freezes nearby enemies! Use the D.E.C.O.Y. alongside freeze traps and support perks to turn Brainstorm into a more cautious fighter that controls the battlefield in a… calculated manner.

To unlock Brainstorm, complete the new Eye of the Brainstorm questline!

Four new weapons are arriving in Save the World during this Brainstorm update!

This Assault weapon is fully automatic when hip-fired, shoots slower when aimed down sights, and does Energy-based damage.

Earn the Pulse Pounder from the Eye of the Brainstorm questline!

This SMG weapon emits a continuous ray of… star stuff. The Shooting Star shoots a sustained beam at the target.

As with the Pulse Pounder, the Shooting Star can be earned from the Eye of the Brainstorm questline.

It’s plasmatic, it’s powerful, and it packs a punch. With this new weapon, launch a slow-moving but formidable energy ball that zaps nearby objects and destroys any buildings in its path.

The Plasmatic Discharger can be purchased in the Event Store starting November 6, 2022, at 7 PM ET.

Charge up this high-tech sniper rifle to aim and fire a single powerful shot, great for dealing with enemies behind walls.

Let your Heroes run wild with the introduction of rideable wildlife in Save the World! Ride on a wolf or boar until it runs out of stamina, or until damage takes its stamina away. Stamina will return over time while you’re not riding and can also be restored by feeding the pet. Ride your boar into the fight and knock the Husks out of the way, while dealing a small amount of damage at the same time. If your beloved creature gets reduced to 0 health it will go into the Down But Not Out state during the fight, fear not — you can rescue it and jump back in the saddle!

A number of important bug fixes were included in the v22.30 game update, including:

Click here to read the Patch Notes for Creative v22.30.