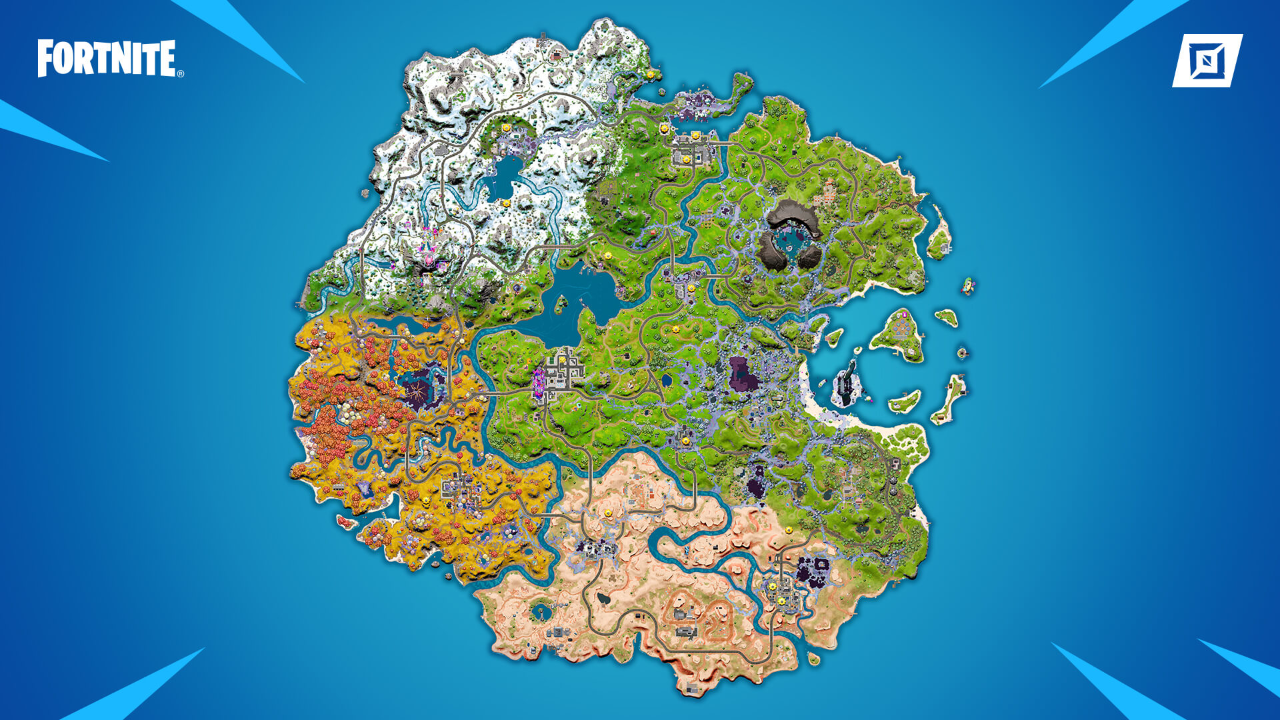 The Fortnite v22.30 update brings the Battle Royale Island to Creative! Using the four special devices that are preplaced on this starter island, you can create a customized Battle Royale experience of your very own. v22.20 also includes a significant UI improvement for the Spatial Thermometer memory system, new Prefabs and Galleries from The Convergence as well as other updates and bug fixes for devices, Prefabs, and Galleries.

Here are the new devices you can use to create your custom Battle Royale experience. These devices are preplaced on the island, and they cannot be moved or deleted. They can only be used on the Battle Royale Island.

The Loot Controller device provides loot options for Battle Royale experiences. Select from a subset of classic loot packages and determine where they are placed, then customize the frequency or presence of Rare Chests and floor loot (also known as ground loot).

The Map Settings device controls which things spawn on the map (such as vehicles, wildlife, and Target Bots) for Battle Royale experiences.

The Deployment device controls how players are deployed for Battle Royale experiences. Choose from Battle Bus or Rift deployment, and customize a variety of options related to player spawning on the Battle Royale Island.

The Storm Caller device determines the size, position, and phases for the Storm. Whether the Storm grows, shrinks, or moves around — it's all in your hands now!

Along with the new Battle Royale-specific devices mentioned above, you can also use a number of existing Creative devices by placing them on the starting platform area. Use the Battle Royale Device category in the Creative inventory screen Devices tab to see all the devices you can use. Additionally, you can still use most of the My Island settings to change the rules and look-and-feel of your game.

Note: Target Bots are treated as players by Creative devices, not as AI enemies.

The Battle Royale map in Creative is considered to be in an open beta state. Here are some known issues that Epic hopes to address in upcoming releases:

The Map UI now features a heatmap for the Spatial Thermometer that can display hotspots of memory more accurately by using a color gradient, as well as displaying numbers in a cell when the cell's memory usage is 80K or higher. You can toggle the heatmap between three different modes:

These modes affect the minimap as well. Toggle between the modes with the Thermometer shortcut (press T if you're on a PC) while in Fly mode. We hope to provide a more convenient way to access the feature in the future, so stay tuned for further updates.

Click here to read the Patch Notes for Battle Royale.