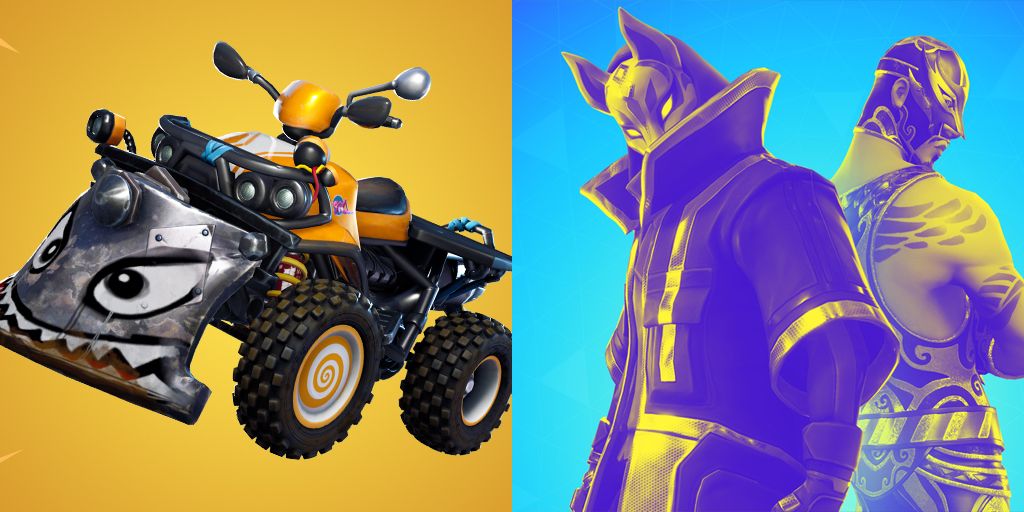 Fortnite's v6.10 patch drops tomorrow, October 16 at 4am ET/9am BST and features the new Quadcrasher vehicle, in-game tournaments and a number of bug fixes. Here's what we know so far:

Other than the in-game MOTD update last week, we haven't heard much news about the Quadcrasher. The only information we have to go off is the description "Charge the boost to crash through structures or get some air!". Whether this will replace the ATK or Shopping Cart is currently unknown, we'll see tomorrow!

Epic announced today (leaked previously) that in-game tournaments are coming to Fortnite. Players will be able to compete 'directly alongside the pros for prizes and glory' in a number of upcoming events.

The following schedule has been released:

The full, detailed blog post can be read here.

A bug was found during the week which allowed players to remain invisible while using weapons if they spam fired the Guided Missile while consuming a shadow stone, causing it to be disabled.

It's safe to assume that Epic has fixed this ready for v6.10 and the Guided Missile will return. Along with this, they have also confirmed that another bug was fixed which caused rockets to always fire north, rather than the direction the player was facing:

A number of bug fixes have been confirmed over on Fortnite's Trello board:

We'll see what else changes when the patch notes are released tomorrow. Stay tuned!