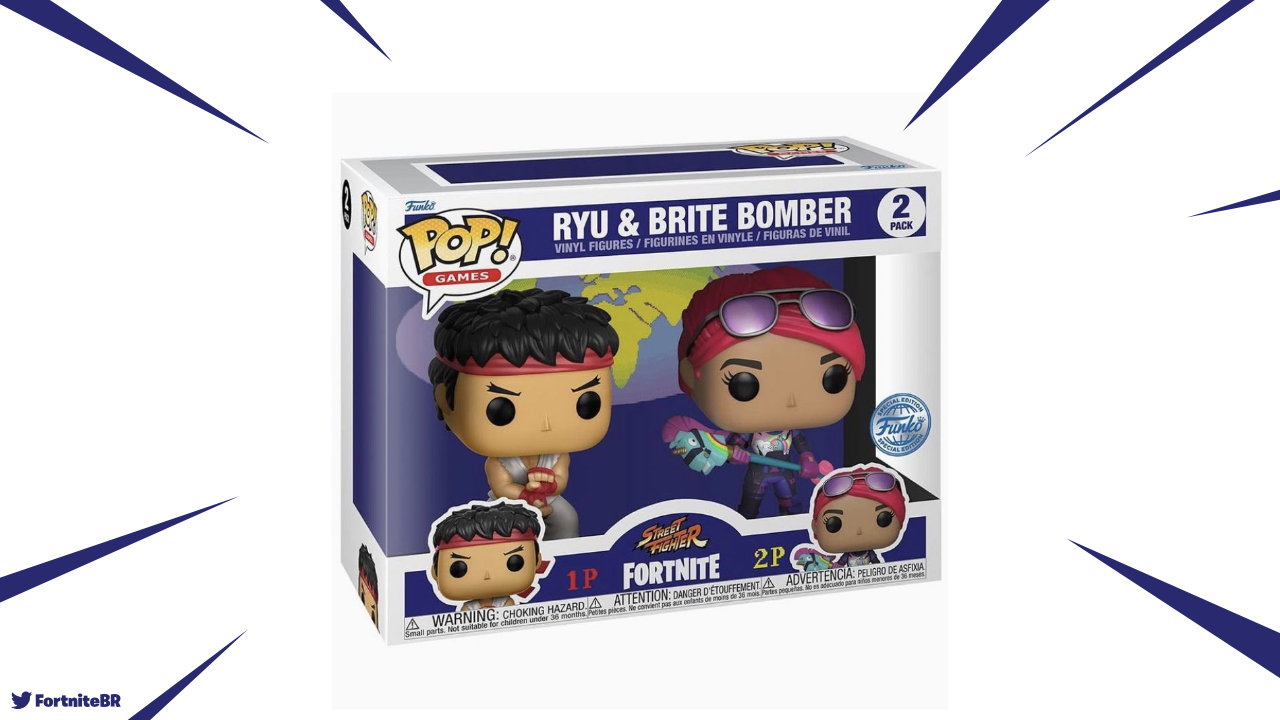 The new 2 Pack celebrates the in-game crossover between Fortnite and Street Fighter, which has introduced six characters to the Battle Royale universe so far. Although the 2 Pack itself is new, both the Brite Bomber and Ryu figures already exist and can be purchased separately. Interestingly, the Street Fighter Ryu figure is actually exclusive to Toys 'R Us when sold individually, although the exclusivity does not apply to the new pack.

It's currently unknown when the 2 Pack will be released, but we'll keep you updated.

In other news, Donald Mustard has teased Fortnite's next Star Wars crossover for Season 3.