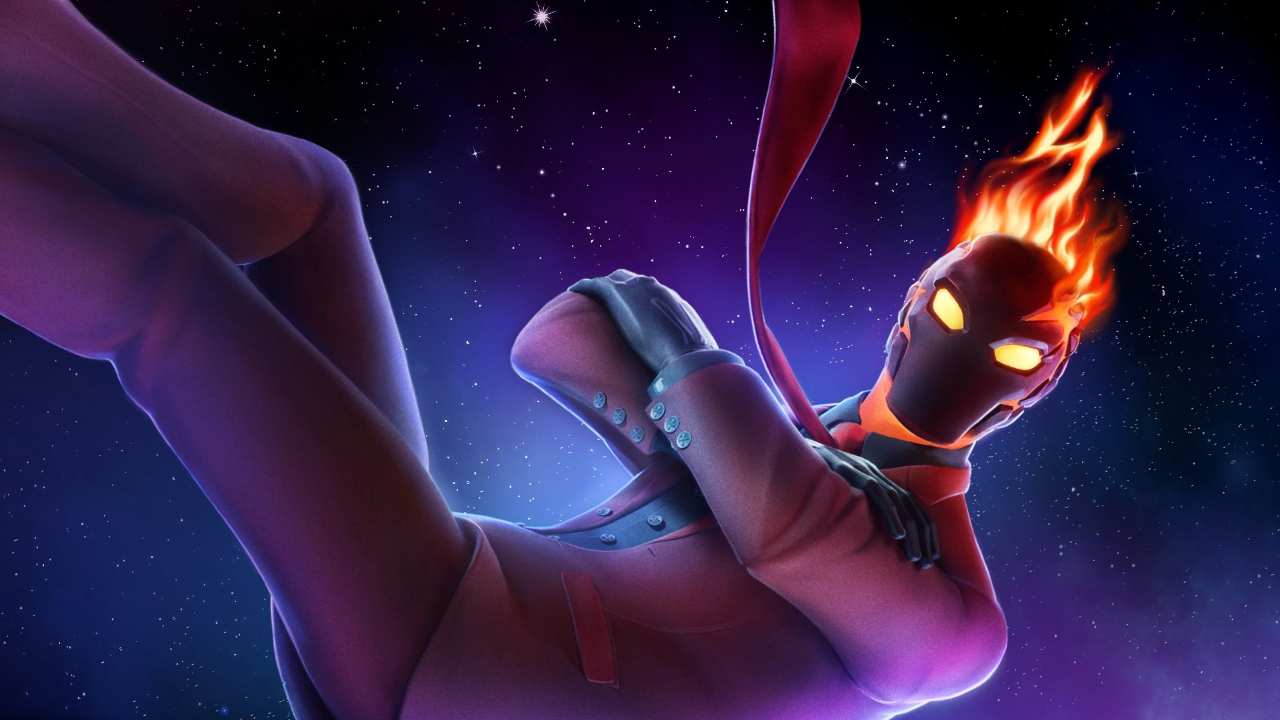 With the official reveal of the third Fortnite Fracture teaser, the fourth one has gone live early on consoles and can now be seen in the news feed in-game.

Although the teaser text used in-game isn't new, the image itself does give us another number hinting at the launch of Chapter 4 this weekend - seen in the flames. So far, the Mancake, Unstuffed Guff, Ruby and Inferno characters have all been shown floating in space. Seemingly set after the events of Fortnite Fracture, the teasers have described "a brighter day . . . on the horizon" and "the bittersweet feeling of the world crumbling beneath you".