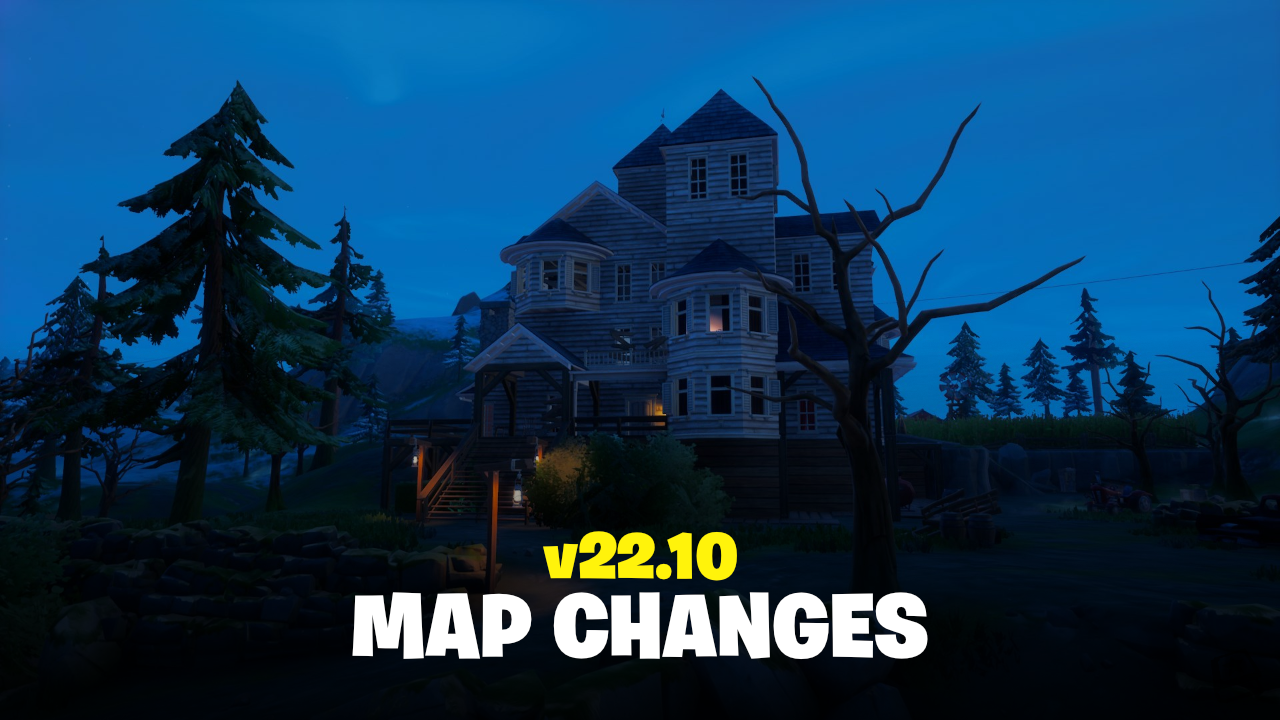 The first major update of Chapter 3 Season 4 has arrived with a number of changes to the Fortnite Island.

Sleepy Sound is now preparing to be lifted off the ground to avoid the spreading Chrome. Cranes are now attached to most buildings.

Shifty Shafts has been replaced by the new Grim Gables POI. It's a smaller location featuring a house, graveyard and corn maze.

Like Sleepy Sound, Lofty Lighthouse has also been raised off the ground to avoid the Chrome.

After reappearing on the Island at the start of Season 4, the rebranded IO Blimp has moved east towards Grim Gables.

The Chrome around the Reality Tree has spread even more and can now be seen rising out of the water in the form of tall columns.

As was leaked two weeks ago, The Driftwood pirate ship has now begun floating around the Island. It can currently be found on the south side of the map.

Lustrous Lagoon has been consumed by even more Chrome.

Coney Crossroads couldn't be saved from the Chrome in time, resulting in the POI being turned into Chrome Crossroads.

The No Sweat Insurance building from Tilted Towers has been lifted into the sky by a balloon and is now floating next to Chrome Crossroads.

The upcoming v22.20 update is expected to introduce more major map changes to the Fortnite Island as the story of Season 4 progresses. We'll keep you updated.

In other news, the new Cobra DMR weapon is now in-game. Click here to read the full Patch Notes for v22.10.