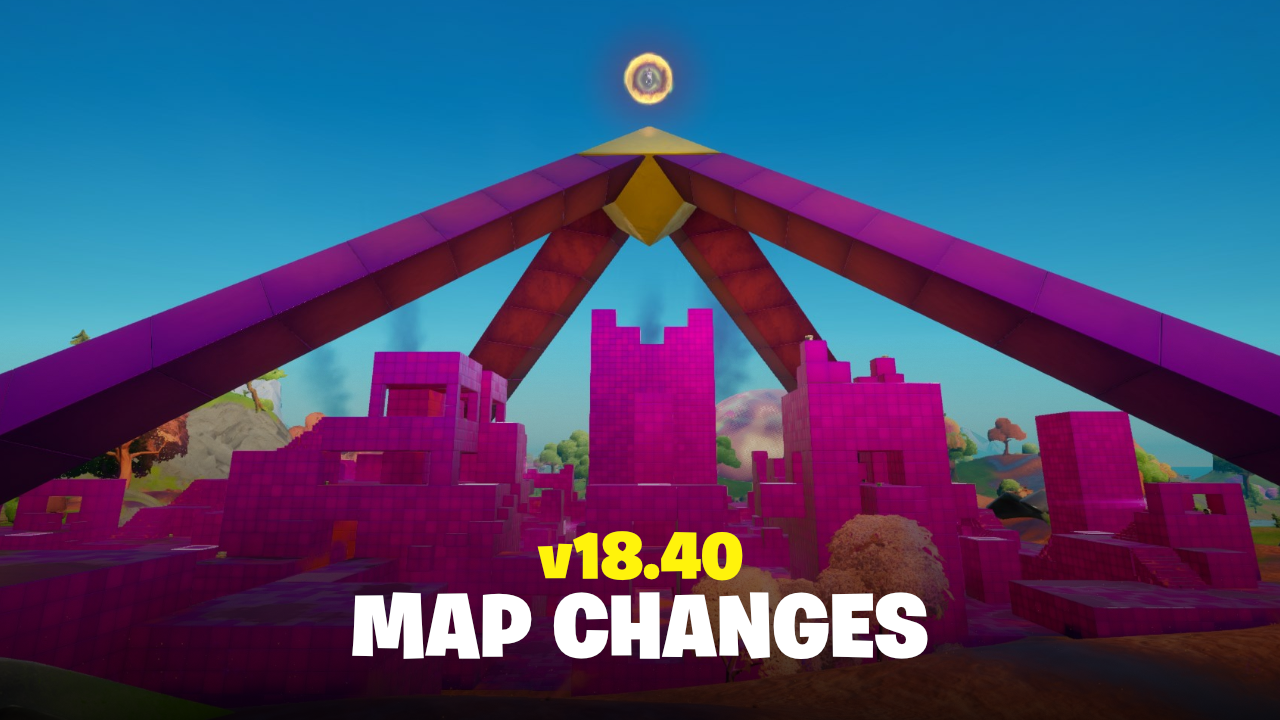 The Fortnite v18.40 Update has arrived with a number of new changes to the map. You can read our Patch Notes for v18.40 here.

Every map change has been provided by FNAssist, so check them out!

The Convergence has now taken the shape of a pyramid in preparation for the live Season 8 finale event.

Stage 1 of the new Fort landmark is now being built. It can be found outside Pleasant Park and will be related to the upcoming live Season 8 finale event.

The gnomes that were spotted heading towards the Hydro 16 dam in a previous update can now be located at the edge of Slurpy Swamp.

The gnomes at Craggy Cliffs can now be seen leaving the Island, with even the gnome from the Radio tower joining in.

The new Kakashi NPC can now be found south of the Primal Pond Landmark.

That's every map change from the Fortnite v18.40 Update.