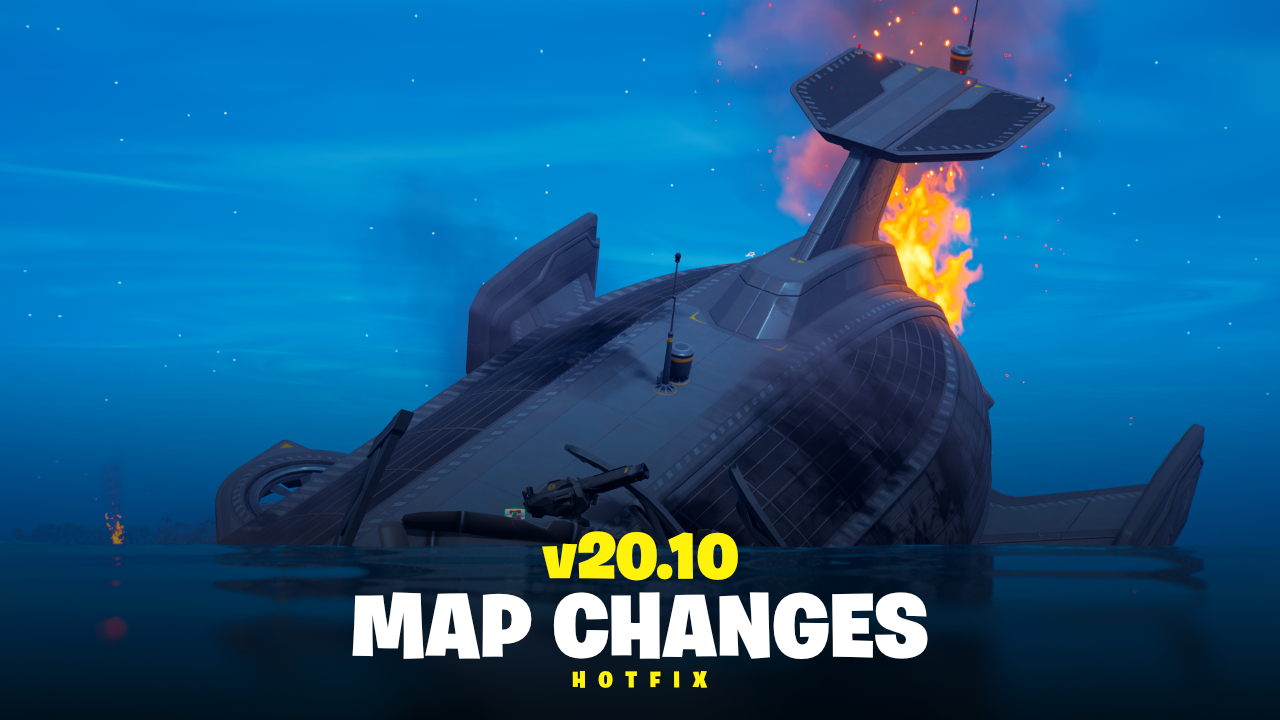 This week's hotfix for v20.10 has arrived with a number of changes to the Island. You can see what's new in Battle Royale here.

The IO Blimp from The Daily Bugle has been destroyed by The Seven, who crashed the airship into the ocean.

The following map changes have been provided by FNAssist.

The Seven has reclaimed The Daily Bugle and the POI has been updated with resistance-themed military equipment, including the new Seven Tank.

The Imagined Order's Dash Outpost has also been destroyed by The Seven.

In other news, Sony and KIRKBI have invested $2 billion in Epic Games.