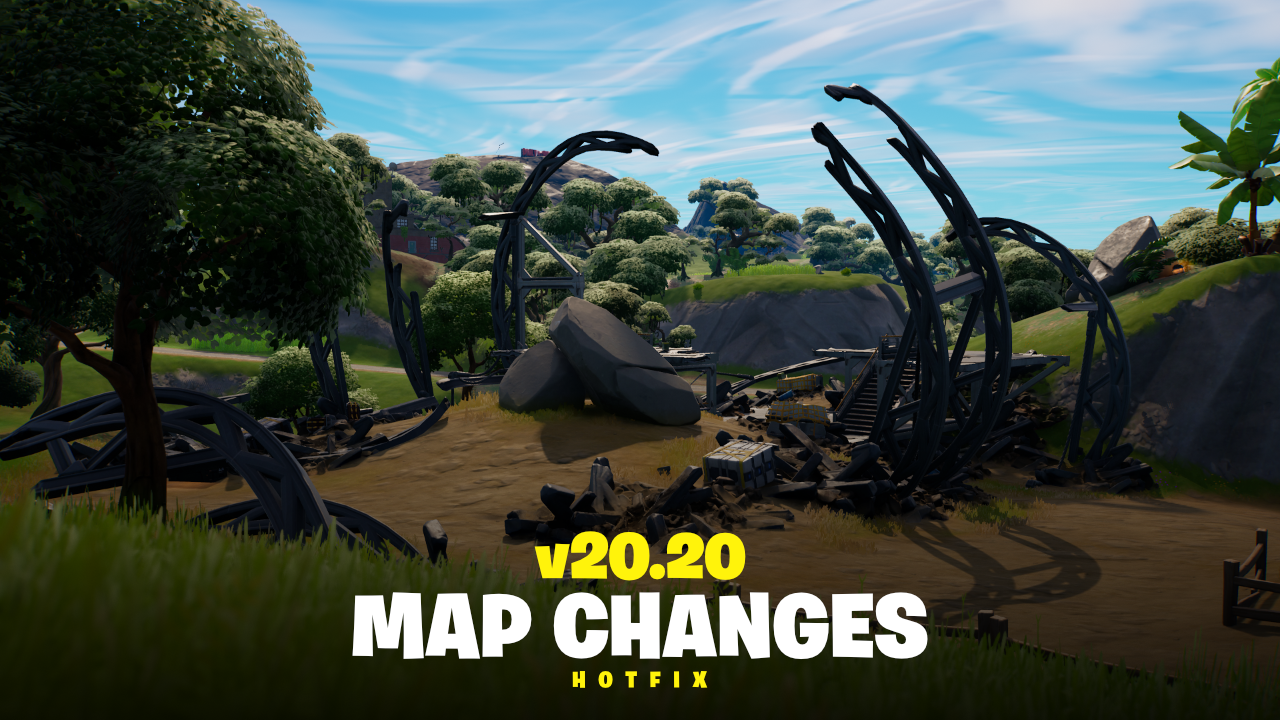 The latest hotfix for v20.20 arrived earlier this week with a number of changes to the Island. You can see all the new gameplay changes for Battle Royale here.

The IO Blimp from Coney Crossroads has been destroyed by The Seven, with the remains found scattered on the Island nearby.

The following map changes have kindly been provided by FNAssist, check them out!

The Seven has reclaimed Coney Crossroads and the POI has been updated with resistance-themed military equipment, including the a third 'Seven Tank'.

The Imagined Order's Epsilon Outpost has also been destroyed by The Seven, along with the Blimp.

That's every known map change from this week's hotfix. The v20.30 update will be released next week and is expected to include more changes to the Island.

In other news, Fortnite has revealed the new Crew Pack for May 2022.