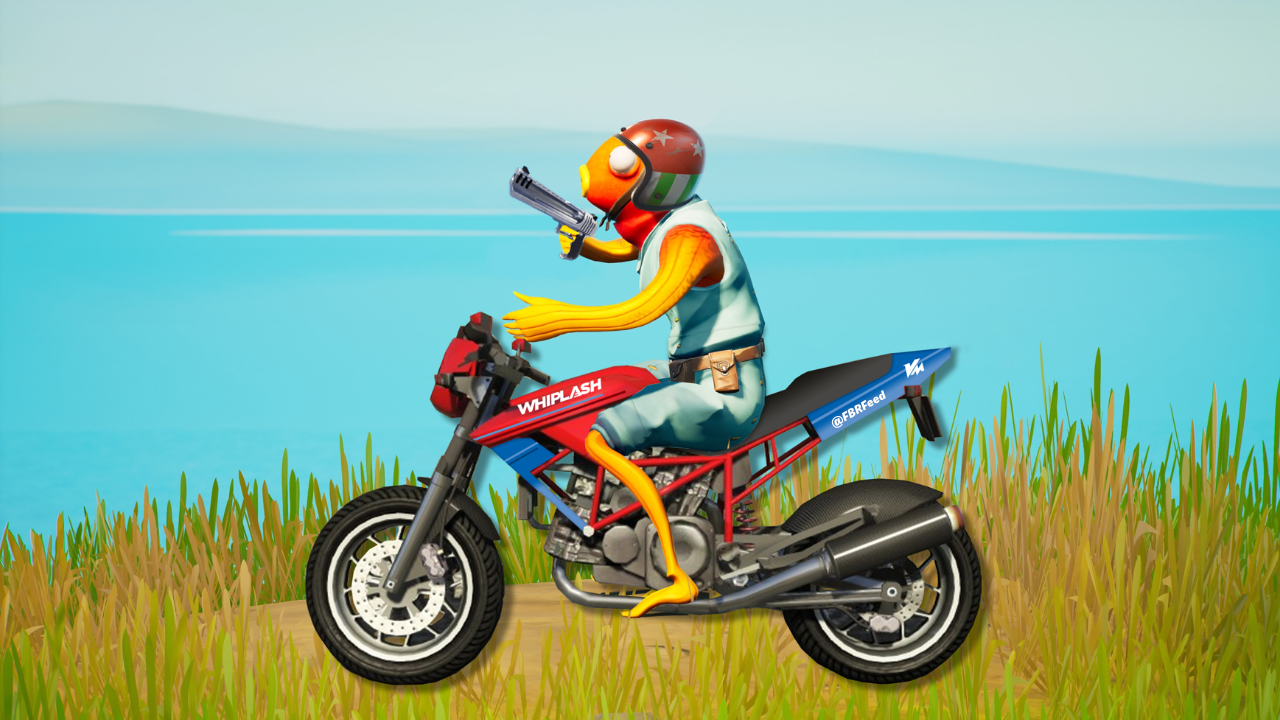 Fortnite data-miner Hypex has shared details of an upcoming motorcycle vehicle discovered in the v21.00 files.

According to the leaker, the new vehicle will "use the same animations as riding animals" - another feature that was recently introduced in Season 3. Hypex also revealed that the motorcycle will be able to carry two players and will include a boost and drift ability.

As suggested by the limited amount of information provided, the motorcycle appears to be in early development so it's unlikely we'll see anything announced before the next Season of Battle Royale, which is currently set to launch on September 18, 2022. We'll keep you updated.

Note: The featured image of this article is a concept created by @FBRFeed on Twitter.

In other news, The Block has returned to Fortnite. (click to read)