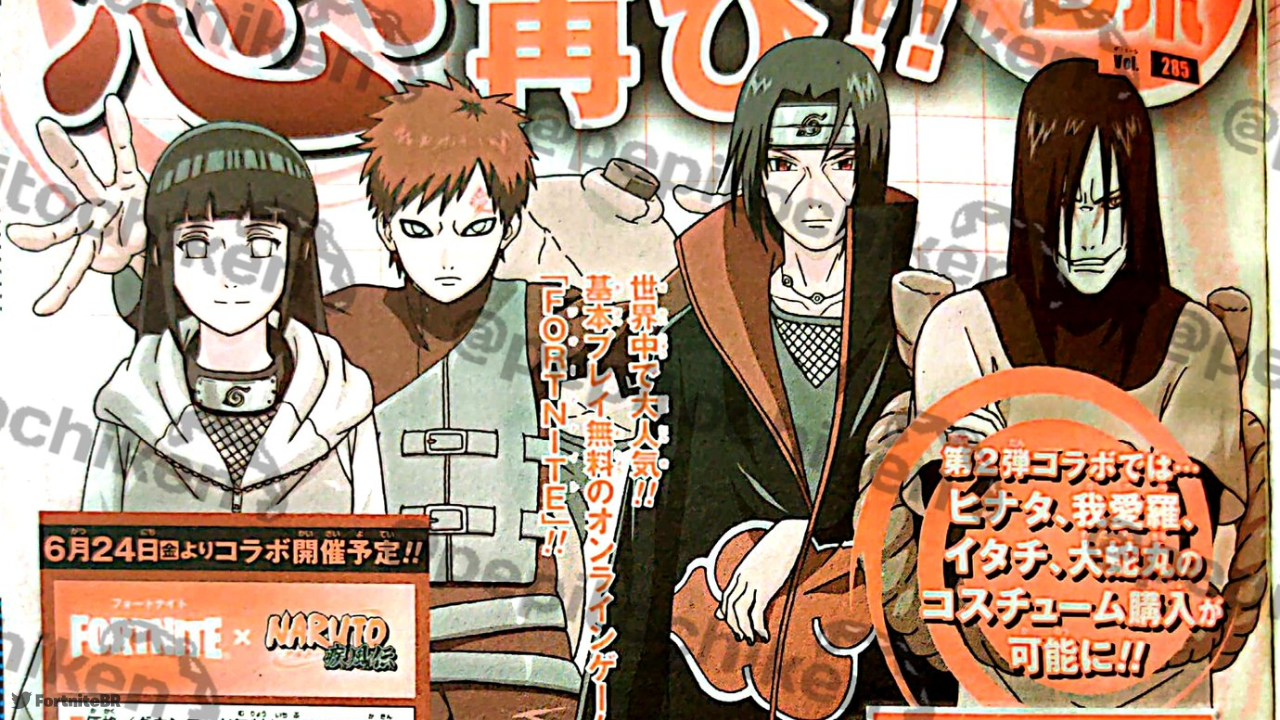 The upcoming Outfits for Fortnite's latest collaboration with Naruto: Shippuden have been revealed in a Japanese magazine.

As expected, the new Naruto Set appears to contain four new Outfits, all with matching Back Blings. Unlike the original Naruto Set, which was also revealed through a magazine, the rest of the Wave 2 accessories have not been found; meaning it's possible the new Set only contains the Outfits and Back Blings.

The Naruto characters coming to Fortnite as Outfits are:

The second wave of Naruto cosmetics was officially announced yesterday through a teaser posted to Fortnite's social accounts.

Epic is expected to officially reveal the new Set in the coming days. We'll keep you updated.

In other news, Fortnite has revealed its plan to celebrate Pride Month in September. (click to read)