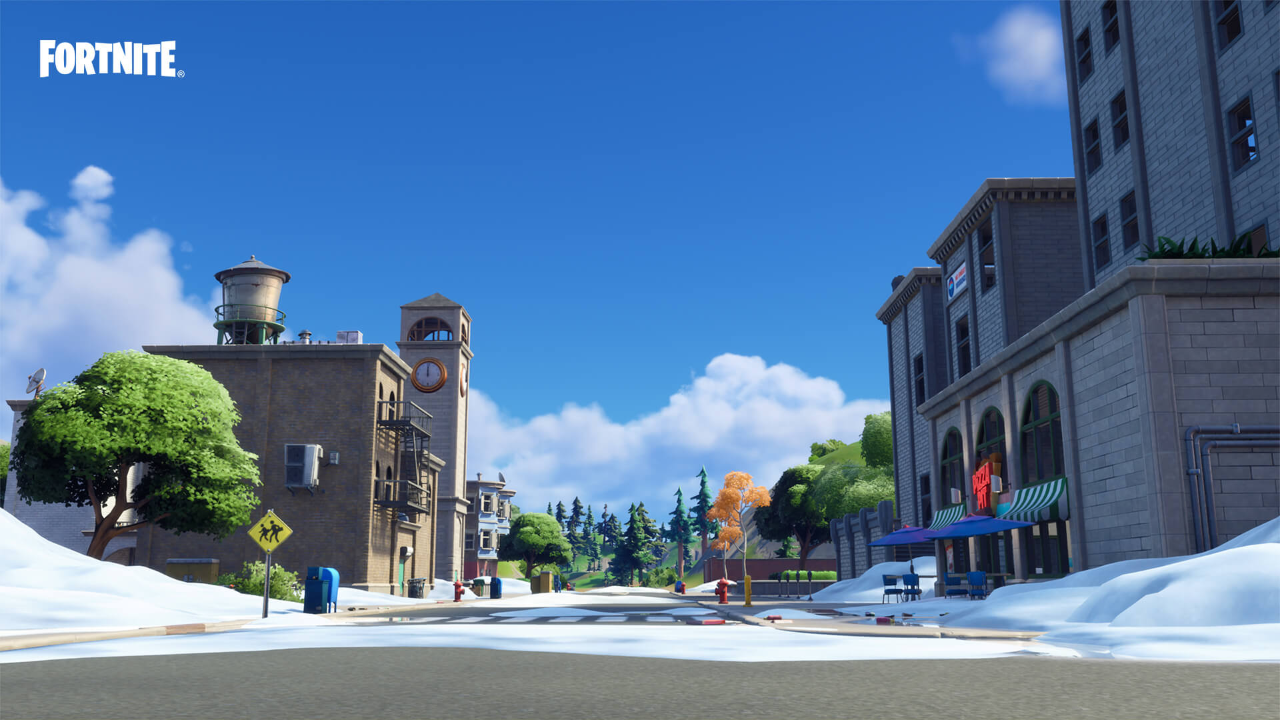 Fortnite's second major update of Chapter 3 has arrived with some big changes and additions to the game.

The Return of Tilted Towers

The snow that was hiding Tilted Towers in ice has now melted, revealing the POI on the Chapter 3 Island exactly 990 days since it was last seen in-game.

"Go out on the town with this classic POI from Fortnite’s past: build to the top of its iconic clock tower, bust into apartments, stop by restaurants, battle it out in the underground parking garage, storm No Sweat Insurance’s office, and more on your urban excursion."

Tilted Towers isn't the only thing the melting snow has revealed. With the release of v19.10, the new 'Klombo' creatures can now be found roaming the Island. According to Fortnite, the Klombos are completely peaceful and won't attack players unless provoked. Players can climb on top of the dinosaur-like creatures and use their blowhole to be launched through the air for mobility.

The new 'Klomberries' fruit can be found in small bushes around the Island and have the ability to heal players or feed the Klombos. The Klombo creatures will give any player a random item in return for some some berries.

The Grenade Launcher Unvaulted and Adjusted

Fortnite has unvaulted the Grenade Launcher in v19.10, however, it comes with new adjustments for Chapter 3. Projectiles now explode after their first bounce and first more directly at targets.