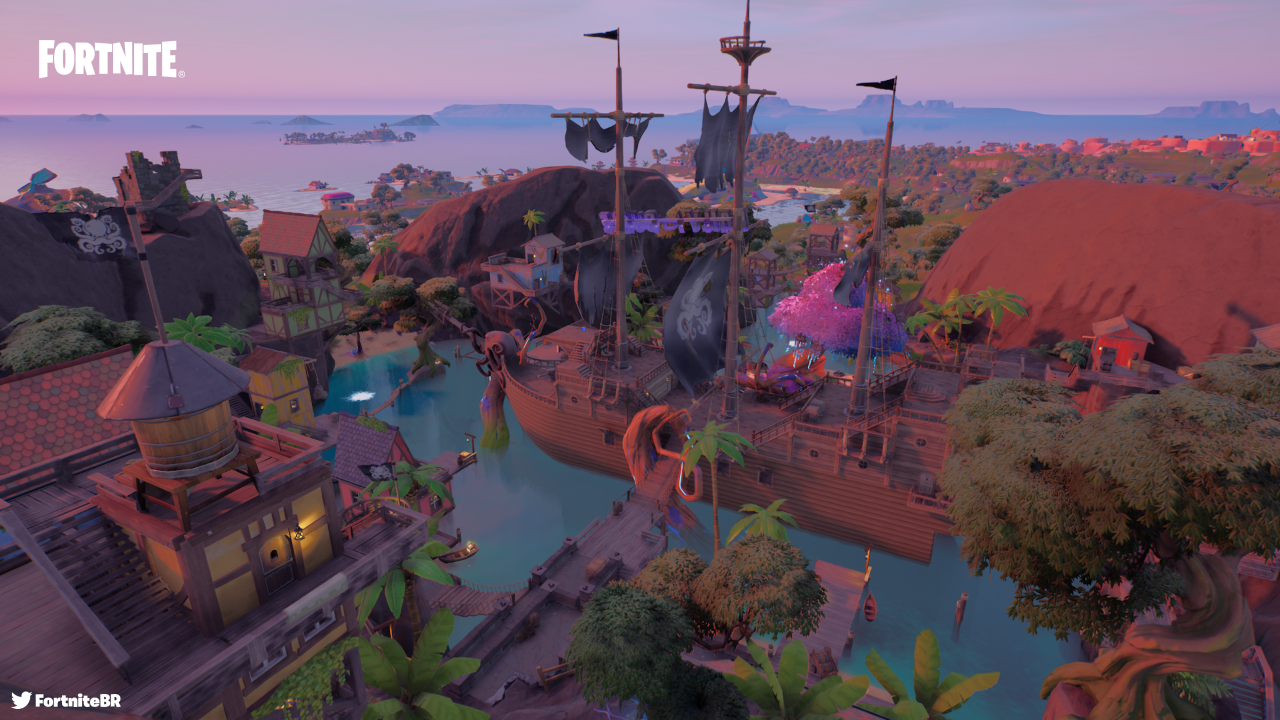 Power up in Fortnite Battle Royale v21.40 with Fortnite x Dragon Ball, the return of Lazy Lagoon and Pirate Cannons, and a renovated Tilted Towers.

The Reality Tree has transformed The Daily Bugle into Lazy Lagoon! Show off your sea legs in this remix of a classic POI.

Lazy Lagoon’s return also means the return of Pirate Cannons, so gather a crew of two or heave ho solo. If you have all hands on deck (you and a teammate), one player can steer this swashbuckling vehicle while the other player braces in the barrel. The player in the barrel can control the barrel’s direction then launch themselves at any time. Aim where you see a faraway coffer or safety from a pillage.

With the three Tilted Towers voting windows complete, the previously destroyed sites have been occupied by the following construction projects:

Compatible Android devices now have the ability to run Fortnite at 90 FPS. The option can be found under the Video tab in settings. Epic notes that "toggling this option on may drain the power of your device and increase the heat output. When this happens, FPS will be reduced".

In other news, American rapper Eminem has taken over the Fortnite Icon Radio. Click here to read more.