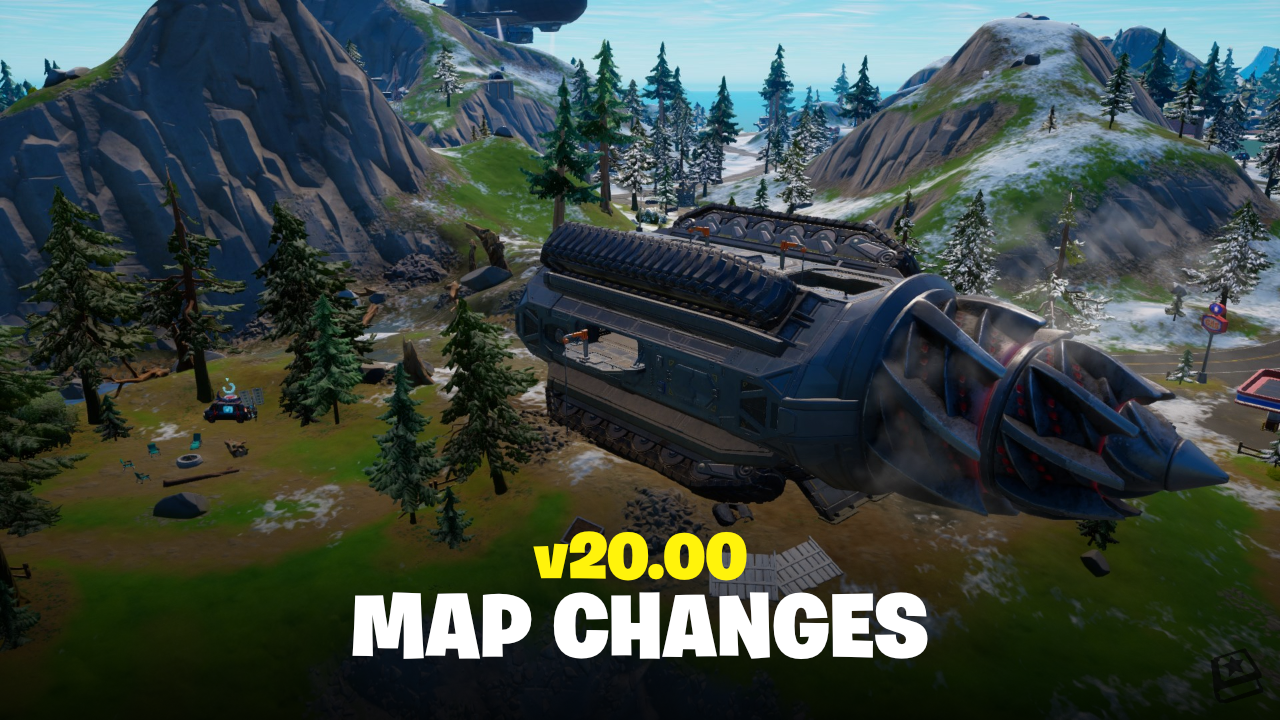 Fortnite Chapter 3 Season 2 has finally arrived with a number of major changes to the Island. You can read our Battle Royale patch notes for v20.00 here.

Every map change has been provided by FNAssist.

Season 2 has introduced a new POI named 'The Fortress' to the Island. It's arrival was seen in the Story Trailer, which saw the drill rise to the surface from the Chapter 2 side of the Island. It can be explored in-game, with a number of Chests and Ammo boxes to be found both inside and in the surrounding area.

A new workshop for The Seven named 'Synapse Station' has also been added to the map.

Covert Cavern has been renamed to 'Command Cavern' in v20.00, featuring changes to support the new IO Blimps and vertical Ziplines.

Despite only returning last Season, Tilted Towers has already received some changes in v20.00. The Imagined Order have taken over and their military equipment can now be found around the POI.

IO Blimps have also been introduced in Season 2 and can be found hovering above locations monitored by the Imagined Order. Players can access them via the new vertical Ziplines.

The Seven have set up barricades around the Island, monitoring the road entrances to their territory.

The Mighty Monument Landmark, featuring a statue of The Foundation, has been destroyed by the war between The Seven and the Imagined order.

Like Tilted Towers, The Daily Bugle has also been taken over by the IO. Military equipment can be found around the location.

A new Landmark named 'Infiltrator Crater' has been added to the Island as a result of bombing from the Imagined Order.

A new Landmark named 'Catastrophe Crater' has been added to the Island as a result of bombing from the Imagined Order.

A new Landmark named 'Crispy Crater' has been added to the Island as a result of bombing from the Imagined Order.

The Imagined Order has occupied Rocky Reels, sending Blimps and military equipment to monitor the location.