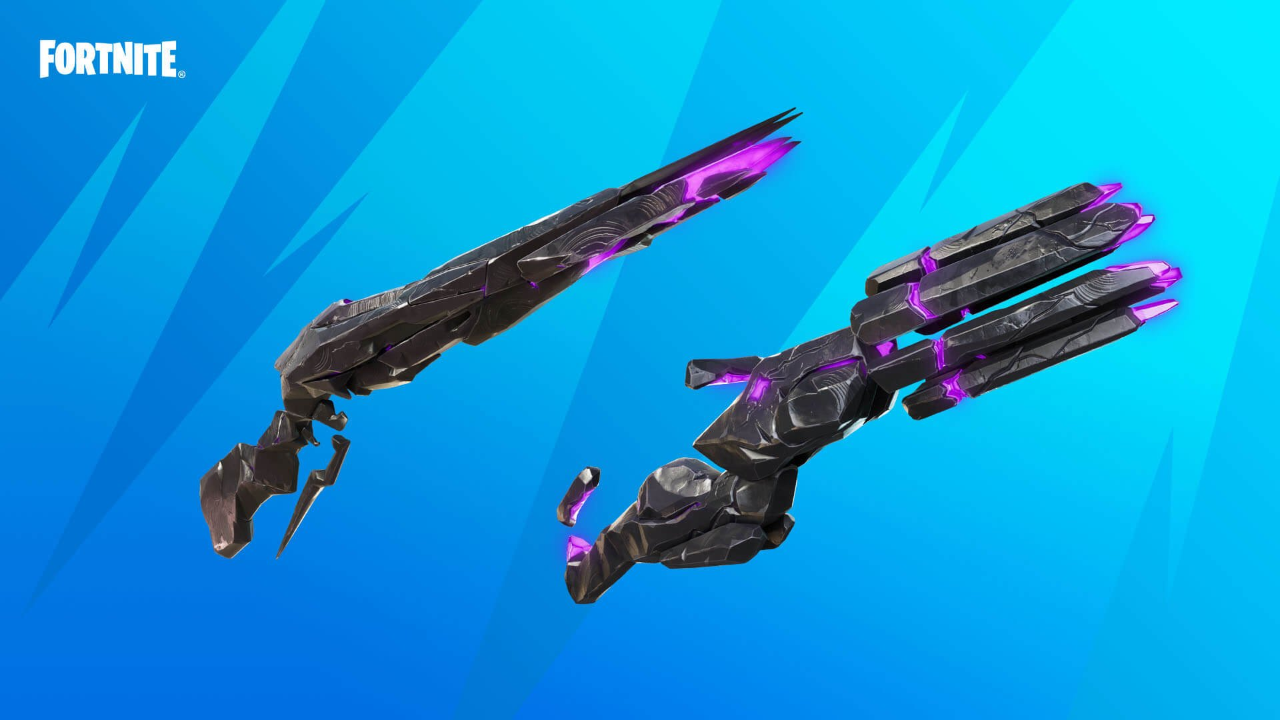 The Resistance has won the Battle for Tilted Towers! Use this POI as a base for Resistance operations. And no matter where you go on the Island, wield the returning Sideways weapons:

The Sideways may be nowhere in sight, but Sideways weapons have made a return! In Sideways Showdown Week — running now until May 24, 2022, at 8:59 AM ET — the Sideways Rifle and Sideways Minigun are out of the vault. Not their first time in a battle involving the Island’s fate, you can find these weapons in Chests and on the ground. How to upgrade Sideways weapons without Cube Monster Parts? Just take 'em to an Upgrade Bench!

Earn extra XP by showing your Sideways weapon skill: Sideways Showdown Week Quests are active for this whole themed week! Look out for a new batch of special Quests when the next themed week begins May 24 at 9 AM ET.

The Shield Bubbles/Balloons trial period has ended and now it’s time for a vote! Funding Stations pitting the two items together can be found at all major POIs, so head to a Funding Station and contribute Bars to your preferred choice. The first choice to reach 100% Funded based on everyone’s global contributions will win and enter the loot pool immediately!

Last week, to coincide with the trickshot unvaults, the drop rate of utility items was increased for a limited time. In Zero Build, the drop rate of Shockwave Grenades, Rift-To-Gos, and Cow Catchers will stay increased indefinitely! Keep the traversal and combative transportation going.

Starting with v20.40, V-Bucks purchased on PlayStation may be used across platforms that support Fortnite Shared Wallet (PlayStation, Xbox, PC, Android, and cloud gaming services). As always, V-Bucks earned on any platform through the Battle Pass, Quest Packs, or Save the World are shared across all other platforms.

In today's patch, Epic has made performance improvements to PlayStation 5 and Xbox Series X|S consoles running in 60 FPS to reduce input latency for players who select “Low Input Latency Mode” in the settings (Settings > Game > Extra Game Options). Low Input Latency has been enabled by default.

To enable 120 FPS in Fortnite on PS5, players no longer need to go to the console settings. Instead, 120 FPS can be enabled by doing the following:

Note: The 120 FPS option will not appear if your TV or AV receiver doesn’t support 120 FPS output.

This means that some players who are normally connected to Middle East servers will now connect to Europe or Asia. Competitors, be sure to check the Compete tab in-game for Cup starts times.

Players are able to switch back to the Middle East server region if they choose to do so, but remember that this will likely result in high ping.

In other news, Fortnite has released the first teaser for the upcoming live event.